The 10 Best Places For Millennials To Move To

Colorado Springs, Colorado, San Francisco, Boulder, Colorado, and more are amongst the top places for millennials. Find out the best cities for young professionals using the population of millennial residents, access to bars, restaurants, employment opportunities, and affordable housing. 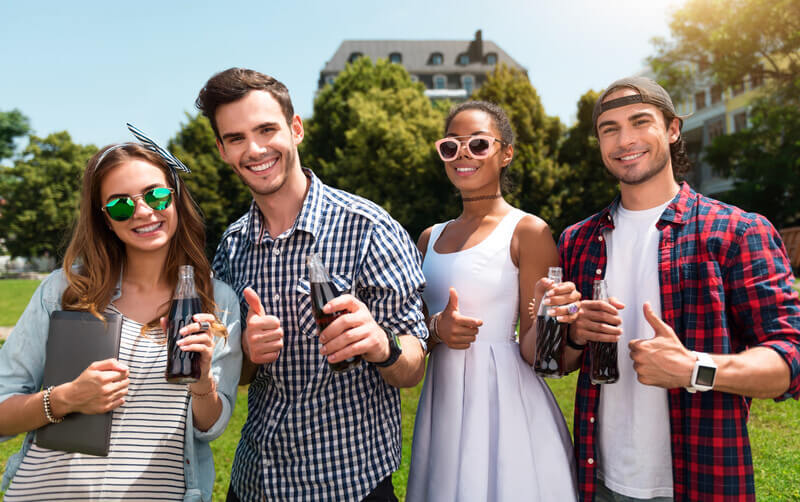 Millennials are among the largest generations in history, and they are taking over many major industries lately. They are preparing to start families and quickly take over the population in the business and real estate sectors.

Since millennials are becoming stable and prepared to add living on their own to their responsibilities, which cities are the best for them?

Whether they are new college grads or many years into the labor force, young professionals are usually willing to relocate to another place for a new experience and career opportunities.

To figure out the best locations for young professionals, we evaluated the weighted median for over 150 metro areas in the United States with the most population-based on their affordability, employment market, and desirability scores using the data gathered for a survey of the cities.

The best destinations for young professionals include:

Where are Millennials relocating to?

That great diversity makes it an adventurous challenge to find out where young professionals will get the most that life has to offer. We consider a whole lot of factors when compiling this list, including affordability, entertainment, diversity, job growth, outdoor activities, and the total vibe of the place.

Below are the top young professional cities to live in:

If you plan to work for a lower salary in your first postgraduate years while you establish yourself but still want to reside in coastal Florida, Pensacola may be the best location for you. Pensacola is a panhandle city area and is the most affordable in Florida, needing 23.05 percent of the area’s average household income to pay for a mortgage payment or rent, utilities, and property taxes. However, this median yearly salary at $43,920m is around $10,000 lower than the national average.

Nashville ranked 30th on the list of the general best locations to live and 26th for desirability. With amazing health care and health care tech industries, Nashville is drawing lots of new residents to the area. The population increased by 5.42 percent from 2015 to 2019 because of net migration, as shown by the U.S. Census Bureau. Despite the increasing population, Nashville’s median monthly unemployment rate was 7% in 2020, over a full percentage point below the country’s average.

This city has evolved in the past 20 years into a major technology hub because companies and venture capitalists have discovered a highly affordable choice to Silicon Valley. That is why Austin is popular for the number of millennials moving to the area, which greatly contributes to the average age in the metro area of just 34.7. Its population between 2015 and 2020 rose by 7.87% because of only net migration, as revealed by the U.S. Census Bureau.

Portland’s major employers include L.L. Bean and Maine Medical Center, which has its headquarters closer to Freeport, though you may discover that you are attracted to small-business opportunities in tourism, retail or even fishing on Portland’s waterfront. The median monthly rate of unemployment in Portland in 2020 was 5.3%, much lower than the national average of 8.1%. Residents of Portland spend 24.21% of the average household income covering for housing.

One other top destination for millennials seeking outdoor pursuits and jobs is Denver, the 13th most desirable location out of the entire 150 metro areas in the ranking. The high median yearly salary of $61,540 and a median unemployment rate of 7.5% make for a tough employment market. Even though the cost of living in Denver has risen over the past few years, residents spend 23.45% of t5he average yearly household income on real estate, a bit above the national average of 23.06%.

Home to many players in the financial sector, such as Bank of America, Charlotte has an average yearly salary similar to the national average of $53,490. Charlotte is steadily growing, as its population rose by 5.9% between 2015 and 2019. Majorly because of net migration, as shown by the U.S. Census Bureau. That is why there has been consistent new construction in the rea over the past few years, with lots of retail stores and restaurants drawing downtown visitors.

The major United States employers such as Amazon, Boeing, and Microsoft are located in the Seattle metro area. However, employment in successful and top-paying sectors is not the only reason people move to Seattle. With convenient access to national parks, national forests, and Puget Sound, there is always everything to do outdoors, lending to the city’s spot as the 9th most desirable location from all of the 150 most populated cities in the country.

5 Things to Know About Moving to Seattle

Portland ranked 4th on the list of best places to reside for millennials, which also sits at the fifth position out of 150 most populous cities in the United States for desirability. Portland has been where people seeking a location with a relaxed vibe moved to, and residents are glad to keep the city weird. Nike, Intel Corp., and Health & Services are all found in the {Portland metro area, which helps maintain the median yearly salary in the city, $58,240, over the national average.

Being the most desirable location to live on the list of 150 most populous metropolitan areas in the country, sitting with Los Angeles, Honolulu, and Colorado Springs, Colorado, San Francisco is a leading destination for many millennials. It has some of the topmost housing prices in the country, however, with an average home price of $1,047,714, as gotten from Zillow data. Yet, a high median income of $75,890, above $20,000 more than the country’s average, helps reduce the high cost of living.

Being the 6th on the general list of best places to live, Colorado Springs sits on the top spot for millennials. It ranks 1st out of the 150 most popul0ous city areas in the country for desirability, keeps a fairly low cost of living, and has a median yearly salary nearly the same as the national average. While Colorado Springs experienced a population increase of 4.37 percent from 2015 – 2019 because of net migration, it can maintain the cost of living at 23.44% of the area's average household salary because of the slower growth compared to other country parts.

FAQ about Best Places for Millennials to move to

What do young professionals look for in a city?

There are cities and urban areas that are more pleasing than others. These are the main two qualities that give a city an edge over others: Amenities: convenient access to a lot of amenities is one of the major reasons why young professionals want to relocate to a city.

What city is the most fun to live in?

The list of 30 most fun places to live in the United States revealed that San Diego, the Southern California beach city is the best for its restaurants, nice beaches, and sunny weather.

Where do young professionals find community?

Video games, social media platforms, and social media groups are the best places that millennials are finding community, but responses of Gen Z and young people are different.

Why are millennials drawn to urban areas?

Job opportunities in urban areas are greater. High-paying jobs in the cities, higher standard of living as expected and highly reliable food are all the attractive factors why millennials are drawn to the city. Those who moved to towns and cities can be young adults and may have a higher birth rate.

Are You Heading To Any Of These Cities?

The truth about millennials is that they want it all. You want to go all out when it comes to locating your dream city – and you are ready to hire professionals to help you move your belongings. Fortunately, your efforts won’t be in vain – you can have great job opportunities, amazing food and beer scenes, and a whole lot of activities you can add to your schedule – just check the list of best places to live for young professionals, and we assure you of finding a perfect fit.