An Overview of Moving to Atlanta

Atlanta, Georgia is one of the places you’ve likely heard many people mention moving to at some point or another. It’s very popular and known for celebrity appearances, its unique music scene, professional sports, mouth-watering meals, and more. 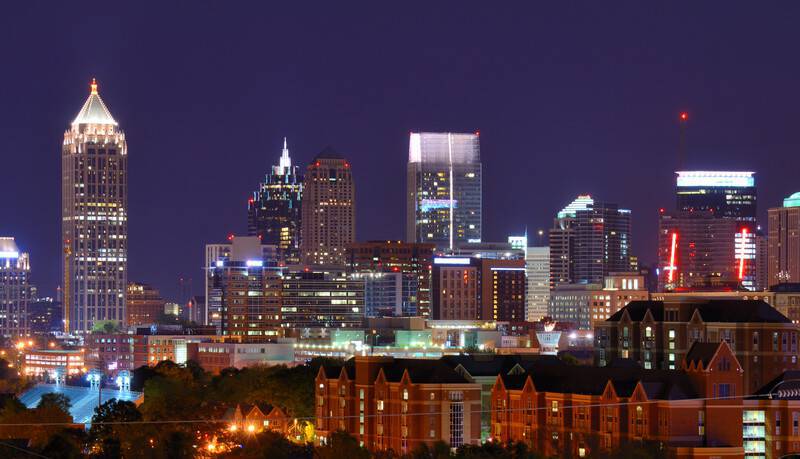 Atlanta, Georgia is one of the places you’ve likely heard many people mention moving to at some point or another. It’s very popular and known for celebrity appearances, its unique music scene, professional sports, mouth-watering meals, and more.

But there’s a bit more to consider when making the decision to move to Atlanta, such as the cost of living and what to expect once you’ve arrived and begin to get settled in. The sheer size of the population alone may be a little overwhelming – there are almost half a million people living in Atlanta, not including the greater metropolitan region – but there’s plenty to look forward to.

Before you start searching for the best interstate moving company and making arrangements to move to Atlanta, there are many things to consider and research. It can be extremely helpful to learn more about a region before making any major decisions, so let’s go over some information to help in the decision to make a new life in Atlanta.

When moving to Atlanta – also known as The Big A, Hotlanta, The Dogwood City, The ATL, etc. – you’ll quickly learn that the city has a rich history and culture. During the civil war, Atlanta was completely burned down at the command of General William Tecumseh Sherman of the Union Army. Since then, the city’s symbol has unofficially become the Phoenix and its population is among the top 10 when comparing the metro area of major cities.

The Civil Rights Movement was organized by Martin Luther King Jr. and other influential leaders in the Old Fourth Ward, which is located east of downtown Atlanta. Among other accomplishments, the Summer Olympics of 1996 was held in Atlanta, a redefining moment for the city. Georgia has also become one of the most popular filming locations in the United States, thanks to the allure of Atlanta.

The Culture and People

Atlanta is home to a diverse population of young professionals. The city has become a hot spot for those looking to break into the music or film industry. Although a major metropolitan area, Atlanta has retained some of its classic Southern charm and all walks of life are welcome, their cultures respected and showcased with pride.

You won’t find it hard to make friends in this bustling area – just step outside and see what the city has in store for you. There are plenty of opportunities to explore, try new things, go on adventures, and make lasting memories.

Atlanta is the home of many Fortune 500 companies as well as Fortune 100 and 1000 headquarters.  Some of the well-known companies that have made Atlanta their base of operations include Home Depot, Delta Airlines, UPS, and the Coca-Cola Company.

Believe it or not, Coca-Cola originated in Atlanta and you can visit the World of Coca-Cola to sample beverages, get a tour of the facility, and more. The company employs over 9,000 individuals within the state of Georgia, with many residing in the Atlanta metro area. You have plenty of other options as well, such as SunTrust Banks, First Data Corporation, Equifax, and others.

Cost of Living in Atlanta

Even though the city is a hot spot, it is relatively affordable to live in Atlanta. The minimum wage is higher than the national average, paying employed residents $15 per hour.

As a whole, Atlanta’s cost of living is lower than the nation’s average – 2% less to be exact. When it comes to real estate, such as owning or renting a home or apartment, you won’t need to worry about amassing several roommates to afford it and you can take advantage of the many benefits of living in a thriving area.

What’s So Great About Atlanta?

Though there are some things that aren’t so great about Atlanta, such as the traffic and summer humidity, there are a vast number of reasons so many people are considering moving to Atlanta, such as Centennial Olympic Park and the thriving live music scene.

If you love sports, you’ll be able to enjoy baseball, football, soccer, basketball, and tennis throughout the year. For a night of live music performances, there’s no better place than Atlanta – there’s the Fox Theatre, the Tabernacle, Eddie’s Attic, and more to choose for impressive shows.

For a more serene experience, you can visit the many parks and take in the sounds of nature. Centennial Olympic Park is where the Olympic Games were hosted in 1996, so you have plenty of space for whatever fun activity you and your loved ones want to enjoy.

A Quick Guide to Neighborhoods in Atlanta

There are numerous choices when moving to a new city and considering which area is best for you, so let’s briefly go over some of the major residential areas you may enjoy.

Castleberry Hill is a warehouse district tucked into the southern corner of the downtown area where many old buildings have been converted to lofts, going along with the art scene and culture growing in the neighborhood. The Virginia Highland neighborhood in Atlanta is known for its liberal residents and above-average public school performance. It’s one of the best places you can consider when moving to Atlanta.

Fairlie Poplar District is another gem of history that has been preserved in this beautiful city. The neighborhood was a business district in the 19th century and has maintained much of its stunning architecture and structures.

Midtown is another popular area of Atlanta along with Buckhead, so you’ve likely heard of one of the other. Midtown is where you can do tons of shopping, dine on local cuisine at unique restaurants, and walk to where you need to go. Buckhead is quite an affluent neighborhood, so you can expect to find only the best amenities and beautiful family homes.

Buckhead is one of the more affluent places you can choose when moving to Atlanta.

Every shipment that a moving company transports will need an Order for Service prepared for it. This document isn’t a contract – it shows the estimated costs of your move, additional or special services required, and dates for delivery and pick up.

Now that you’ve gotten more information on Atlanta, Georgia, you can make a wiser decision when it comes to the location of your move.

Atlanta is a great place with plenty of natural beauty, fun things to do, and opportunities. Once you’ve settled on making this city your new home, work with reliable movers to make the experience smooth and easy.