7 Things To Know Before Moving To California

You might want to consider moving to California if you are scared of enduring another snowy winter. Not only Millenials resuming on tech jobs in San Francisco are the only set of people moving there. The population of the state has risen by over 5% just between 2010 and 2015. You may not feel in place in California if you are seeking a small-town feeling. 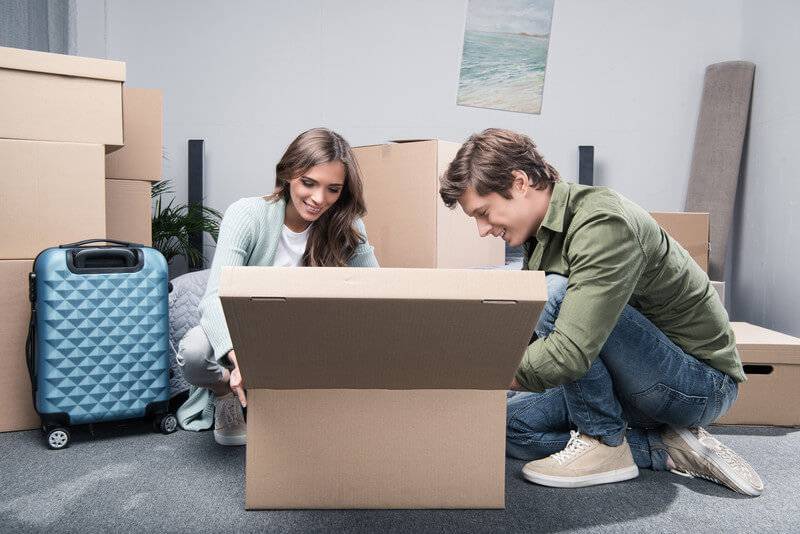 You might want to consider moving to California if you are scared of enduring another snowy winter. Not only Millenials resuming tech jobs in San Francisco are the only set of people moving there. The population of the state has risen by over 5% just between 2010 and 2015. You may not feel in place in California if you are seeking a small-town feeling.

However, if you enjoy the hustle and busy atmosphere, and also like enjoyment, then California can be considered your ideal destination.

The climate in California is similar to the Mediterranean because the summer is warm and dry, while the winters are calm and wet. Southern California experiences about 10,000 earthquakes annually.

However, just about 15 to 20 is about 4.0 magnitude or more. The great thing about these stats is that majority of earthquakes in California are not dangerous. Regardless, you should prepare yourself to feel some quakes in California.

You must consider this because the temperature in this large state can vary across each city.

The average temperature in the state of California is about 700, and more than 800 on summer days. Although winters in California can get chilly, they don’t usually get to freezing temperatures.

High altitude places will see a weather pattern that is similar to a 4-season type.

We are not discouraging you, but not everyone who relocates to California to become great actually does. And even if the dream comes true, you will have to take a long road there as well as a consistent source of income to stay on top. Unemployment in California is not that high even though it’s still a bit higher than the national average.

The average minimum wage in the state of California is presently over $11/hour, which is one of the highest in the United States. It has to be, considering the high cost of living in the state and thinking of the job you want there. Some of the rapidly growing job titles in the state are web developer, cartographer, rod buster, statistician, wind turbine technician, roofer, and miner.

Here are the jobs that receive the highest pay in the state, according to Zippia: psychiatrist, anesthesiologists, CEOs, airline pilots, surgeons, Orthodontists, and OB/GYNs.

If you don’t have that much to spend on housing, then we suggest you go for a home rental. A studio apartment in California costs an average of about $1,680. This is $600 higher than the national average.

As discussed earlier, the cost of living in California is reasonably high in comparison to other states in the country. The average cost of a single person is about $1,000, excluding rent.

A 4-person household will cost about $3,315 per month, excluding rent. The hourly income of a single person in California must be about $12.50 to cover basic living costs.

This rate is doubled to $25 per hour when you have one child. California ranks second to New York on the list of most expensive states in the United States.

California offers a lot of unlimited fun regardless of where you are coming from or who you are. Below are some of the coolest attractions in the state:

Next to it is UCSF Medical Center located in San Francisco. It also holds rankings in 9 pediatric specialties and 15 specialties. Also ranked in 12 specialties and excellently performing in 9 procedures and situations is Stanford Health Care.

Is it a nice step to move to California?

New immigrants moving to California are making a good decision as it will serve as their gateway to work in their various ethnic communities. However, moving to California may NOT be the best move for some people. California may be great for its weather, possibilities of a good job, or some other things. Yet, the downside can’t go without notice and it is the high-income taxes of the state.

How much do I save before I can move to California?

You need an average of $2,586 to move a one-bedroom apartment from New York to California, while a 3-bedroom move from Brooklyn, NY to San Francisco, California will cost an average between $7,000 and $10,000. The cost will not be as high if you are moving from a nearby location to California and not a cross-country move.

Why is California housing so costly?

Sadly, the coastline topography of the state is why it is more costly to build in California than in many other places. There has been a great increase in the cost of construction labor, and raw materials cost over the past 4 years, and the costs are more expensive in California than in other states in the country.

Which is better between California and Florida?

Florida is a state with more hot weather as well as humidity, unlike California, and you might even refer to it as tropical. Although the diversity of landscape in Florida is not up to that of the Golden State, it has long beautiful beaches, and life is much more inviting.

Why is house rent in California so high?

The housing problem in California cannot be fixed by Rent control; it can only make it worse. The high rents in California are the end result of comprehensive supply problems resulting from excessive regulation that halt development.

Regardless of where you are moving from California, it shouldn’t be a problem at all. There are lots of California movers that can haul your household things by moving truck, boat, or plane. Your preferences will determine the best local moving company you will find for your move. Make sure you look around for the best deals and remember to check customer reviews. You need to be certain your belongings will make it to your new California home undamaged and efficient. Moving is already a stressful engagement. When you hire a reputable long distance mover, you can gladly sit back, knowing that your household belongings are being handled by professionals.