A lot of Californian residents faced huge difficulties in 2020 from the worst wildfire season on record and the economic crisis from the COVID-19 pandemic. Despite those hardships, California is still a land of opportunity where people go to chase their dream in Hollywood, established groundbreaking technological companies in Silicon Valley, and find ways to make money on the 5th largest economy in the world (as of 2018). 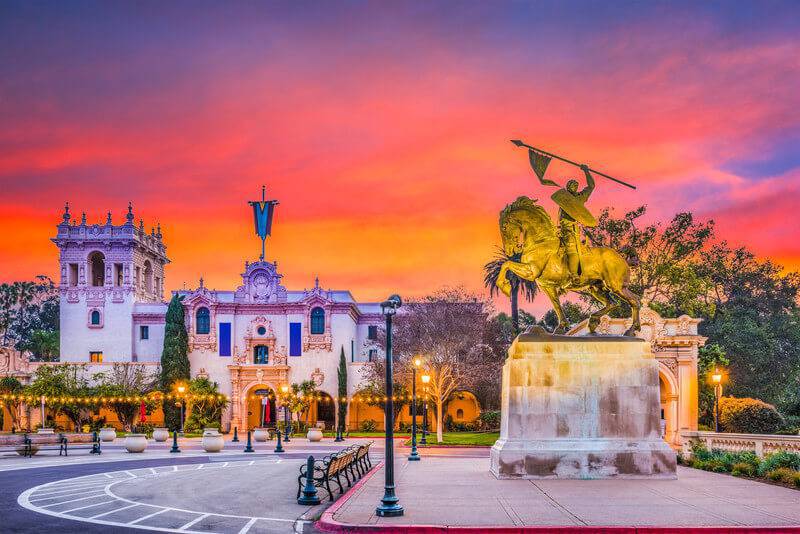 A lot of Californian residents faced huge difficulties in 2020 from the worst wildfire season on record and the economic crisis from the COVID-19 pandemic. Despite those hardships, California is still a land of opportunity where people go to chase their dream in Hollywood, established groundbreaking technological companies in Silicon Valley, and find ways to make money on the 5th largest economy in the world (as of 2018).

Here is the question, which are the best locations to live in California? Ensure you identify all your priorities before you choose the best time of the year to relocate and contacting your California movers, such as your budget, the type of neighborhood you would want to live in, the distance to your next place of work if you are moving to the suburbs, and more.

Immediately you know what your requirements are, you can begin to work on arriving at your decision.

Things to Consider in the Best California Places

Even though we all have different criteria that make a city a perfect match for us, there are popular factors that we all seek when looking for a new place to live. Below is a detail of the important factors that formed our research:

Affordability: The amount of your money spent on the important costs, and how much of your money can be spent towards having a nice time in the Golden State? We checked the cost of living of each city and compared it with average household income amounts from the Census Bureau.

To go even further, we checked Redfin data from real estate sales prices in these cities to know the behavior of the real estate market. Understand that no matter where you live in the state, be ready to pay: the average home price in California according to the California Association of Realtors is was over $710,000 as of October 2020.

Job market: We checked the Bureau of Labor Statistics city-level unemployment data (fall of 2020) to have a better idea of every city here has bounced back from the previous shockwaves of the COVID-19 pandemic early last year. Together with being able to get a job, we also checked how long your commute to work will take (if you have to do that) depending on the median commute times from the Census Bureau.

Safety: Will you be so safe under the California sun? We checked the per capita stats on violent and property crime incidents to reach a decision.

Culture: We all have different preferences about things to do when we are not working, so our cultural determination is based on things to see, do, and experience in these cities. We checked the information from the convention and visitors’ bureau together with the chamber of commerce listing to know what each of these locations has to offer as regards food, arts, music, and nature adventures. Make sure you research these cities to know if the lifestyle is great for you.

Educational attainment: Education leads to achievement, so we considered Census data on the number of residents currently holding bachelor’s degrees in every one of these places.

The state of California is very beautiful for all ages as well as lifestyles. If you are to choose one place among the 10 best locations to live in California for young adults, which one would you go for? Where should you relocate to? Each of these places has its best points, so let’s go into them one by one to help your decision.

Known as a city for dreamers, this great Southern California metropolis offers something to all its residents. Starting from the Hollywood Walk of Fame to various iconic Hollywood production studios, LA is also the hub for the country’s thriving film and entertainment industry. Also, the city is highly ranked by AreaVibes for its different big city amenities, sunny weather, and consistent housing market. Los Angeles is the ideal place for great outdoor enthusiasts, international restaurants, and a real cosmopolitan feel.

The Golden Gate Bridge, the thriving tech industry, mild weather year-round, and the wild and weird counterculture are what over 1 million residents of San Diego enjoy, just about what everyone finds fascinating as a home in this beautiful city, which was formally where the counterculture revolution is, as well as the Gay Rights Movement, meant was birthed.

If you like your suit and tie on, join the league of highly paid people in the fast-rising tech sector, which draws young and ambitious workers from all around the globe. Foodies will find this city moving faster than they can meet up with because of its list of restaurants and bars. The Bay has an unending culinary option, such as the beloved Farmer’s Market on Saturday at the back of the Ferry Building.

Fremont is one of the famous places to live in the San Francisco Bay Area and we surely know the reason. Due to its friendly, affluent, and healthy residents, this highly coveted community was just named as the top happiest place to reside in the United States by WalletHub and the 11th best city in the country for job seekers by NerdWallet. Because of its low crime rate, sunny weather, and consistent housing market, Fremont is so much livable according to AreaVibes.

There is a great list of employers in the technology industry in San Jose, such as eBay, SAP, Adobe, and Cisco, which are just a few of the names that can be found in this Silicon Valley city. All those leading developments for computers and connectivity worth so much: median salaries in San Jose are the highest among the entire cities on this list. Although there is a trade-off because housing in San Jose is highly costly.

If you have the money, you will find a lot of things to spend money on, such as visiting local breweries to sample craft beers, cheering on the NHL’s San Jose Sharks as well as checking out a great list of local attractions. You will be safe enough as you do it, as well. San Jose has many of the lowest crime rates on our list.

Irvine can be found in the orange County of California and it is popular for its thriving job market, safe environment, family-friendly atmosphere, and great weather. Also, AreaVibes claims that Irvine is a great livable lace due to its great number of amenities as well as the consistent housing market. WalletHub ranked this Southern California city 3rd on the list of happiest places to reside in America.

If you desire the walkability of a great California city, the great opportunities (educational in particular) that associate the existence of Stanford University, as well as oak tree-lined streets, Sacramento is your destination. The name alone means “Tall Tee” and is a reference to a 110-foot redwood tree inside the city. This is why you will find the feeling of this city more relaxed beyond its neighbors in the Bay Area. A greatly sprawling suburban vibe means a lot of space for bicycling, many restaurants, but not much bustling nightlife. After all, those college students have to study sometimes.

There are no towering skyscrapers, subway lines, or the other amenities of metro living in Santa Rosa, but you will surely get some of the best wine in the universe, high household salaries, and a low unemployment rate in this unique city of Sonoma County. Santa Rosa can be found 55 miles north of San Francisco and is the smallest city on this list as regards population, and it’s evident that bigger doesn’t mean better.

Living in Santa Rosa means you have easy access to everything outdoors and a great food scene that doesn’t have to take time to get to you. The city has few major employers, though, so you may have to travel to work often. The good news is; there is a mild climate all through the year, which means that when you are not in your vehicle, you will be able to remain healthy and outside.

We’ve all seen how beautiful pictures of people rollerblading on the sidewalks on Santa Monica Beach are and the place is indeed the greatest place to see. Hollywood visits, shop, get some sun, and to often enjoy the classy restaurants of Santa Monica more often. So, checking the Third Street Promenade may have you encounter many celebs. Muscle Beach is worth seeing, considering the top-class lifestyle residents here but also have an average income. The city is surely walkable, and you will enjoy over 300 days of sunshine.

Mill Valley can be found 14 miles north of San Francisco and is seen as highly livable by AreaVibes because of its great amenities, the consistent housing market as well as low crime rates. The multiple parks, great surroundings, and closeness of the city to a major city center have made it a famous option for San Francisco commuters. Mill Valley has recently gotten attention for being the safest city in the state of California, and also for having some of the highly distinguished schools in the state.

To make any of these California cities your next home, you will need the best moving company for the job. Check out the great network of California movers on imoving.com to have a licensed and insured moving company perform your move.