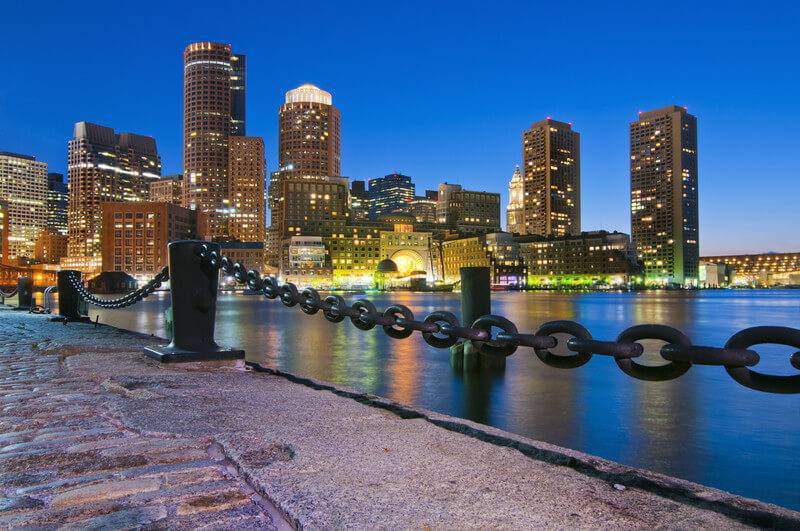 People from all walks of life come to Boston, both to visit and to stay. Many folks come in seeking higher education at one of the area’s famous, prestigious universities, while others come in looking to work in some of the various industries popular in the area, which include government work, publishing, medicine, technology research, and so much more.

Boston is also well-known for being the home of a few rather successful sports teams, including the Patriots (NFL), Bruins (NHL hockey team), the Boston Celtics (Boston’s basketball team), and of course, the Red Sox (the storied local MLB baseball team).

Thinking about looking up a moving cost calculator and planning a Boston move? With all of this going for the city, you might be jazzed with excitement at the thought of having all of this fun stuff within a short driving distance from you. To many, Boston sounds like the stuff of dreams for sports lovers, students, and people who enjoy city life.

So, if you’re planning a move to Boston, what can you expect to pay for the privilege of enjoying all of this?

The truth is, Boston is one of the pricier cities in the country to live in, but can be very rewarding to those who can afford it. Let’s take a deep dive into the various factors of the cost of living in Boston so you can better understand what you will need to plan for.

What Influences the Cost of Living in Boston?

To see all of the various factors that influence what you will be paying for things like housing, basic bills, fuel, and more, take a look at this breakdown of Boston living costs.

The single biggest influencer of Boston’s higher cost of living is its housing cost. This is largely due to the demand of homes in the area from potential buyers, only to be met with a scarcity of properties available. This can be attributed to the number of university students and folks looking for work in the area, only to be met with a low supply of housing to meet the current demand.

Because of this, it can be difficult to find what many would consider being affordable housing. Currently, the average price of a single-family house in Boston is $460,300, while the average amount you might expect to pay a month for rent could be upwards of $2800 a month for a two-bedroom apartment.

When you’re thinking about the cost of living in any city, you need to factor in the monthly utility costs. In Boston, basic utilities cost an average of $147.15 a month, which factors in electricity, water, heat, and trash pickup. Surprisingly, the average Boston utility bill is about $5 lower than the national average utility bill.

You might not be shocked to learn that taxes in Boston are a little higher than in other parts of the country, as well.

On average, you can expect to pay a property tax payment of $3,336 if you own a home or piece of property in Boston. Massachusetts has also set its own flat rates for income tax and sales tax across the state, at 5.10% and 6.25%, respectively.

One option is to purchase a LinkPass, which is a type of city-wide pass that gives you access to Boston’s subway system, bus lines, as well as some ferry and commuter rail lines. This pass costs a mere $84.50 per year, a good deal lower than similar passes in large cities with public transportation options, such as New York City or San Francisco.

6. Amenities in and around the city

Of course, you need to think about more than just the basic costs of bills and groceries in Boston. You want to be able to have fun in your new city, not just sitting around your home staring at the walls. Luckily, Boston has plenty of things to do, but keep in mind that some might be a little pricey compared to amenities in smaller towns.

If you feel like hitting up a baseball game, you can expect to pay an average price of $56 per ticket. If you feel like visiting the local Museum of Fine Arts, a ticket will cost $25 for access. A restaurant visit will probably cost a little more than the national average, as choosing even fast food in Boston can cost up to $15 more than the average around the rest of the United States.

Getting Set Up in Boston

If you believe you can comfortably afford the move to Boston, then make sure you cover a few essentials before your moving day rolls around. You should make sure you file a change of address form with the post office so you can continue to get all of your mail to your new address.

Make sure you have at least six months’ worth of savings stashed away so that you can have money to fall back on while you try to get established with a place to rent and begin looking for work. You should also ensure you begin looking for new family physicians, schools (if you have children), and all the usual tasks that accompany moving to a new place. It won’t take too long until you’re completely set up, becoming a full-fledged Bostonian!

As you can see, Boston can be quite a surprisingly pricier place to live, but you can find ways to save money in the city. Still, got questions? Not to worry, simply skim this shortlist of some of the commonly asked questions related to living costs in Boston. There’s a good chance your question could have already been asked and answered:

How much money do I need to make to live comfortably in Boston?

To get by comfortably in the Boston area, your household should make at least $120,900 per year, making it one of the more expensive cities in the country to attempt to live modestly. A good deal of this is thanks to the increasing costs of housing in the city.

How much would it cost for my family to live in Boston?

Is Boston a safer place to live than New York City?

While Boston is a pricier place to live, you get a little extra peace of mind with the money you pay every month. This is because studies by the FBI have shown that Boston is actually the second safest city in the United States.

All About That Boston Lifestyle

Boston is certainly a good deal more expensive to live in than many other parts of the country, but with that price comes a lot of amenities that you won’t be able to find in many other areas. You get a feeling of safety, you get access to exciting sporting events and music festivals, and a lot more.

If you can afford it and you enjoy the Bostonian lifestyle, then you could end up really loving your time in Boston.