How Do I Stop My Movers From Stealing?

Moving day is stressful enough as it is. Don’t add the worry of stolen items by following the tips in this guide. 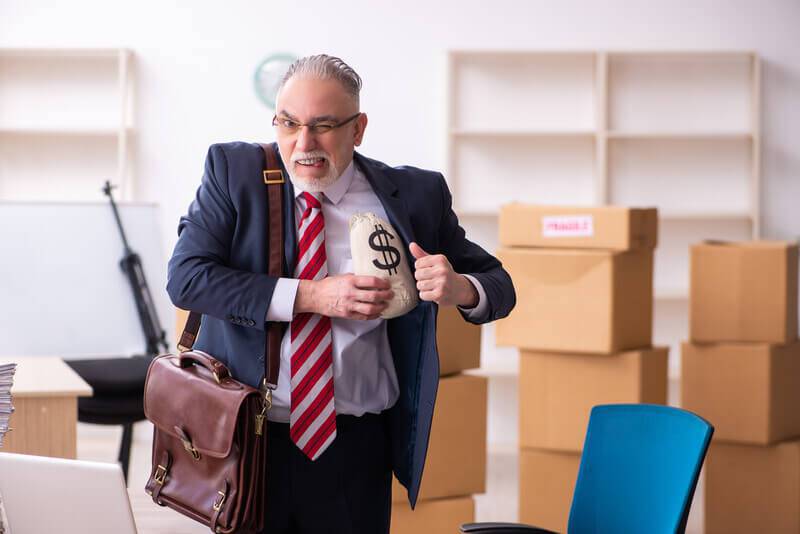 It is rare that professional movers are even tempted to steal, much less commit actual theft. But to alleviate worries and take proactive steps to prevent theft, key actions are to hire a good local moving company and organize properly.

This guide takes a deep dive into many of the different ways that you can work to prevent any sort of theft from happening on moving day, whether from the movers or from strangers who try to take advantage of the chaos.

The easiest way to prevent movers from stealing your stuff is by avoiding the types of moving companies that would try to do so in the first place. More often than not, if you hire a reputable moving company, you’re not going to need to worry about items getting stolen.

It's up to you to do the necessary research and to make sure that you have everything in order so that you don’t miss out on any information. And if you don’t take your time looking for a good moving company, it’s that much more likely that you’re going to end up with a company that has some shady practices.

Be sure that you look at reviews for the company and see what sort of a reputation that they have among your community (or the country if they are a nationwide mover). You can see if other customers have had an issue with losing items or if they have a reputation for damaging items, as well.

All in all, you just need to know that the company that you’re hiring is worth the money and that they work with reputable local movers that they have trained well. If they are, then you probably don’t even need to worry about your items being tampered with or swiped.

A lot of people have a bad habit of sharing absolutely everything on social media. Not only is that not healthy but there are a lot of problems that can arise, especially if your profile is set to “public” and not locked or “friends only.”

Vacations, moves, and other times where your home is going to be either unattended or chaotic should not be announced to the general public. This is how people figure out that people aren’t home and determine the best times to go ahead and target home for theft or robbery.

Yes, you want to let people know that you’re moving – but keep an eye on who is able to see that information. Also, don’t announce your moving date on social media at all. If you need to “rally the troops,” so to speak, then just make a general post about moving and tell them to get in touch with you about the details.

The fewer people that know the exact details around your move, the less of a chance that you’ll have unwanted visitors that may try to walk away with some of your stuff.

Move Some Stuff Early If You Can

If you are able to get into your new home early, and it’s not very far from where you live right now, move some stuff over ahead of time – especially valuables or items that you’re going to need as soon as you move into the new space.

You’ll want to be sure that you can lock up and turn on the security system, of course. But, if you don’t have as many valuable items sitting around on moving day itself, there is less that can be stolen, and the less enticing your home will be for potential thieves.

Don’t Pay for Your Entire Move Before It Happens

One of the biggest mistakes that people make in regards to hiring a moving company is that they think it’s okay to pay the full moving estimate (use a moving cost calculator) as their deposit. You don’t ever want to do this unless you’re working with some sort of middleman (like a broker).

Why? There are a few reasons. First, because you want to be sure that you have an accurate final cost, and that you don’t end up overpaying for your move.

Moving companies don’t know exactly how much your move is going to cost, no matter how experienced they are. There are always circumstances that can arise; they could get delayed, something could happen and they have to reschedule, or the move may take longer (or less time) than expected. All of these can make a significant change in the amount of money you pay at the end of the day.

Because of that, you don’t want to give them a large sum of money that they may or may not use in order to complete your move. Companies that take all of your money ahead of time will not give you any of your money back if they end up doing things for less.

But, the big reason related to our conversation here is that you don’t want them to hold your items hostage. More often than not, if the company is asking for the full estimate before you move, then they aren’t a legitimate company.

What these “companies” often do is make you pay everything, and then tell you that you owe them money before they give your items back. You should only be paying a percentage of your estimate (standard is 5%) and then pay the rest when they give you your final bill. This prevents any misunderstandings, and you know you’ll get your stuff back when you should.

Have a “Secure Space” On Moving Day

Honestly, you need to be more concerned about people outside of the moving company getting into your home on the day that you move. There is so much going on with moving day that you may not even notice whether or not someone comes into your home that shouldn’t be there.

Because of this, you want to have a good idea of where your most valuable items are on moving day itself. The best way to do this is to go ahead and establish a “secure space.”

The secure space is going to be a room in your current home that is set aside from everywhere else. It should be locked if no one is in there, or someone should be in there at all times. This room is where your valuable items go to stay as safe as possible in the midst of all of the chaos of moving day.

What items are considered valuable? Well, honestly, it’s whatever you consider being valuable. Family heirlooms, jewelry, firearms, and whatever else you may have that has some sort of value, whether monetary or because of nostalgia/attachment.

If you have any valuable items that are going on the truck, be sure that they get on as soon as possible. If they are going in your vehicle, then put them in the secure space until you are ready to load up the car and head out.

What action can I take if movers steal my stuff?

Your homeowners or renters insurance will cover everything that you need if there is theft because that is protected under your policy (unlike damage). On top of that, you can also choose to go ahead and pursue the company for damages via the legal system. If you have had items stolen by your moving company, contact a lawyer and they’ll help you navigate what should be done.

Should I just move my stuff myself instead?

If you’re truly concerned, then moving your items yourself is an option that you can choose to pursue. But, you will be liable for anything that may go wrong. On top of that, the chance that you’ll be injured or cause damage to your items is much higher. The majority of moving companies are trustworthy, so you’re better off finding one of them and trusting them with your items.

How common is it for movers to take items?

It’s really not that common. Many of the stories you hear are because people didn’t take the time to really research that they were working with a legitimate company. It’s estimated that there are only 5-10 instances a year where a mover has stolen from a moving job. Most movers consider their items to be freight, and just load them up and leave them alone until it’s time to unload it.

Protecting Yourself and Your Property on Moving Day

Being smart about your moving day can relieve a lot of pressure and ensure that you’re ahead of problems. If you follow the tips in our guide, you can ensure that you have fewer issues and know that all of your stuff is going to get to your new home safe and sound.