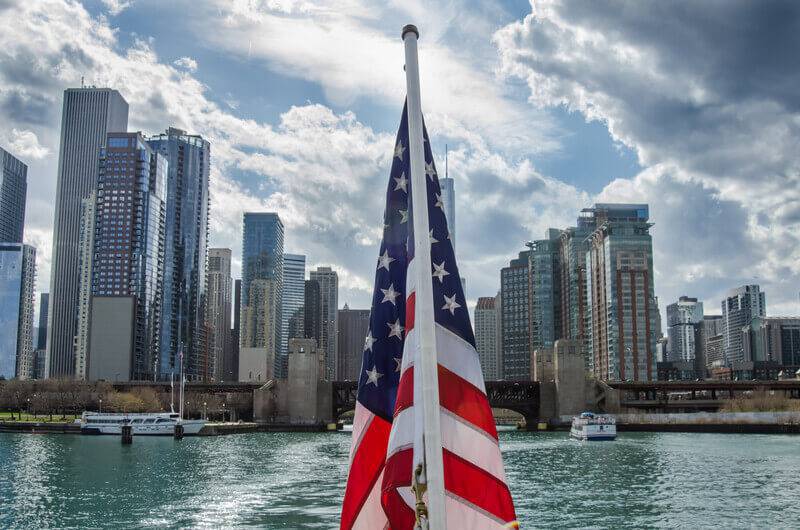 iMoving is here to make your upcoming move to Chicago Heights simple, smarter and more secure than any previous move you’ve experienced.

The benefits of working with iMoving include:

When you move to or from Chicago Heights, you should only pay for the thing you actually move, but often times sub-par moving companies will add charges for extra services you had no idea about. iMoving doesn’t allow those opaque and deceptive business practices.

Transparency is one of the principles that guide our business. Surprises on moving day are usually not the good kind. That’s why quotes you get from our Chicago Heights moving companies are binding. You can still update your inventory, see the cost of individual items and be able to confirm the accuracy of your inventory a week before your move.

iMoving is also dedicated to providing you with the best price for your move. Our bidding system allows the local and long-distance moving companies we partner with to see the prices their competitors have offered. This leads to companies lowering their bids in an effort to win your business.

Every company in the iMoving network has been thoroughly vetted by our team and are in alignment with our values of professionalism, respect, and reliability. Choose the type of quote you want (quick or precise) and get started with iMoving today. Our dedication to excellence, efficiency and customer service will change the way you look at moving.

Heavy and bulky items are hard to carry and if improperly lifted, can do some damage. Put these unwieldy items in suitcases on wheels. You can then avoid picking them up. Just roll them onto and off the truck with little struggle.

Paper bags are better than a newspaper for keeping your glass bowls and cups from breaking while they are being transported. Paper bags also won’t leave traces of ink on your glasses, unlike newspaper.

Most people stack their plates horizontally when moving, but more often than not this results in breakage because there is too much pressure on them. Avoid this by stacking your plates vertically. This will reduce excess weight and pressure, preventing your plates from breaking. When positioning them, put foam plates between each glass and ceramic plate. They’ll arrive in their final destination without chips or breaks.

Untangling dainty necklaces can be a headache or nearly impossible. Pack your jewelry the right way to keep them from tangling or from losing pieces altogether. Connect any necklaces through a roll of toilet paper to prevent tangling. To protect and store small jewelry items, place them in egg cartons.

Clothes take up a lot of space, time and energy during the packing. Save yourself the trouble of removing hangers from clothes that were in the closet and put them into garbage bags. Not only can you avoid having to pack hangers, but your clothes stay in order and will be safe during transport.

This is typically packing the kitchen for most people. There are lots of delicate items, like dishes, and kitchen appliances are bulky and can be difficult to pack. Deal with this first.

What to Know About Chicago Heights

Take a quick trip to Chicago

In 40 minutes you can be in one of the greatest cities in the nation, if not the world. Take advantage of the Chicago Heights location to get some shopping done in the Windy City. With it being so close, you’ll always have something to do on the nights you may be looking for a bit more excitement.

Chicago Heights has a lot of hiking, biking, and walking routes to get moving on. If you enjoy cycling, check out Thorn Creek Trail. If you and the family are in the mood for a picnic by the lake, Sauk Trail Woods is for you. If you love running then you have to check out Old Plank Road Trail. You’ll be able to get plenty of fresh air and nature when moving to this area.

In 8 minutes, you can be in Park Forest for the Park Forest Art Fair held at this gallery. The Tall Grass Arts Association puts the arts and an appreciation for the arts at the forefront of everything it does. It has served children, the suburban communities of Chicago and artists in art-starved communities, promoting the public education of everything that art encompasses.

Take a tour of a Sculpture Park

The Nathan Manilow Sculpture Park is 100+ acres of land filled with larger than life art. Many of the sculptures are abstract, but a few are much more recognizable, like the Paul Bunyon figure. There are currently 29 pieces by some of the greatest artists in history and is only a 40-minute drive from Chicago Heights.

iMoving can get you to Chicago Heights without the stress and anxiety that is so normal for most moves. Get started on your new life by getting a quote from us today.

How Do I Know How Much to Pay Movers to Go a Cross Country?

Cross-country moves take lots of planning to execute them well. Because of that, you want to be certain that you are able to pay movers to go to a cross country without a lot of hiccups.

How much do movers cost to hire? What can you expect from a long-distance move and how can you make the right choice for your own? Here are some tips you can use in order to find the right ones for you.

How Far Are You Moving?

If you’re moving across the country, you’re moving any number of places. And, because of that, you’re looking at a lot of different details. Are you going to be crossing many different state lines? Are there things that may not be able to go with you across those lines? And how much stuff will you be taking if you’re cross country moving, anyway?

When you start the quote process, you’ll have to let them know where you’re headed before anything else.

How Much Are You Taking With You?

The move costs for a long-distance move are going to be a lot more if you have a lot of stuff going with you. You can expect to pay anywhere up to $5000 for a professional moving company if you have a large home (5+ bedrooms). Smaller homes can be $2,000 or less, depending on the situation.

Typically, your moving company is going to give you a quote based on coming into your home and looking around at everything that you own. On moving day, after they load up your moving truck, they will then take it to get weighed. They’ll take the weight of the truck before it was loaded and subtract it from the weight after it was loaded. Then, they’ll use that weight in order to give you your final value of the move.

Will You Need Additional Services?

If you need additional moving services, then you are likely going to have to pay some additional fees in order to ensure that those services as taken care of as needed. Here is a quick look at some services you may have to pay a little bit more to get.

Fragile items take more care and more supplies to be able to load and unload safely, and some companies may charge an additional fee in order to do so.

Packing and unpacking your items can be really helpful if you have a disability or if you just don’t have the time to take care of it yourself. These are professionals – they know what they’re doing and can pack and unpack your items safely and quickly.

If there’s some sort of delay or you’re downsizing, it’s likely that you’re going to need some sort of storage services to hold you through until all is said and done. Companies that offer both moving and storage will often give you a good deal on both, if you use them for both.

Packing supply sales are big with moving companies, and they can typically sell you boxes, tape, markers, labels, and even complete packing kits that can give you whatever you need for packing your home.

You can, sometimes, find full service movers that include anything and everything under the umbrella of what their average costs may be otherwise. You will have to talk to a company that advertises as a full service mover in order to make sure that you won’t have to pay extra fees for any such things.

Is it a National or Local Company?

National companies don’t only offer local services; they have will often have cross-country movers on their staff and that’s the majority of what they do. That being said, there are multiple van lines out there that have national reach, who will offer a truck rental. Sometimes, a truck rental will end up being a cheaper way to get things done, because you can do it on your own.

If it’s a company that has been founded locally and that is only found in your local area, then the chances are high that it’s a company that focuses on local moves. In those cases, you may end up paying a little more than if you worked with a national company, but you can ensure that you get that hometown feel that you’re likely looking for in that regard.

Either way, you’re sure to find great companies in your local area that can help you to sort things out. On top of that, you can make sure that your local move is able to be executed properly and for an affordable price, which makes the effort you put into your search worth it.

Some people insist on renting a moving truck so that they can save money, but the fact is, the cost (and time) involved is not going to be that much different. You’ll have to take care of a lot of details and make sure that you don’t miss out on anything when renting a truck yourself.

More often than not, you don’t have to deal with quite as many logistics if you choose to hire a moving company instead.

If you don’t have a lot of items that you plan on taking with you, then you may just be looking to load things up and go on your way. You can totally do that – how much you’ll spend depends on the size of what you’re taking with you.

You can ship some items, take other items in suitcases, and even leave some in a storage unit until you’re ready to get them. Work with friends and family members in your current area to see what you can do to make your move cheaper and less of a hassle.

Putting together your budget and working out what may be necessary in order to stay ahead of everything can be essential. Take some time to do your research and see just how much you could potentially pay when you’re looking to sort out the cost of a cross country move. 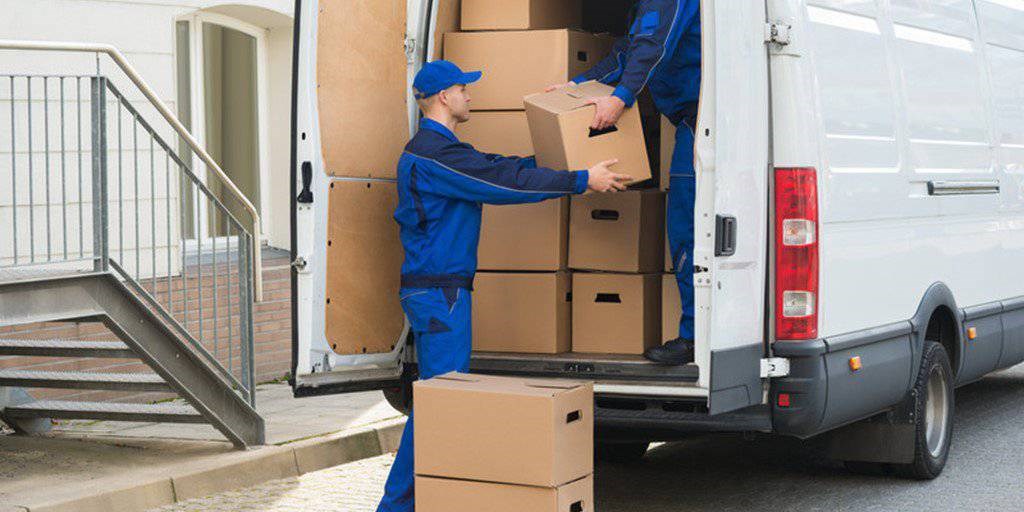